Project Staff Emerges As ‘Darling’ of the People 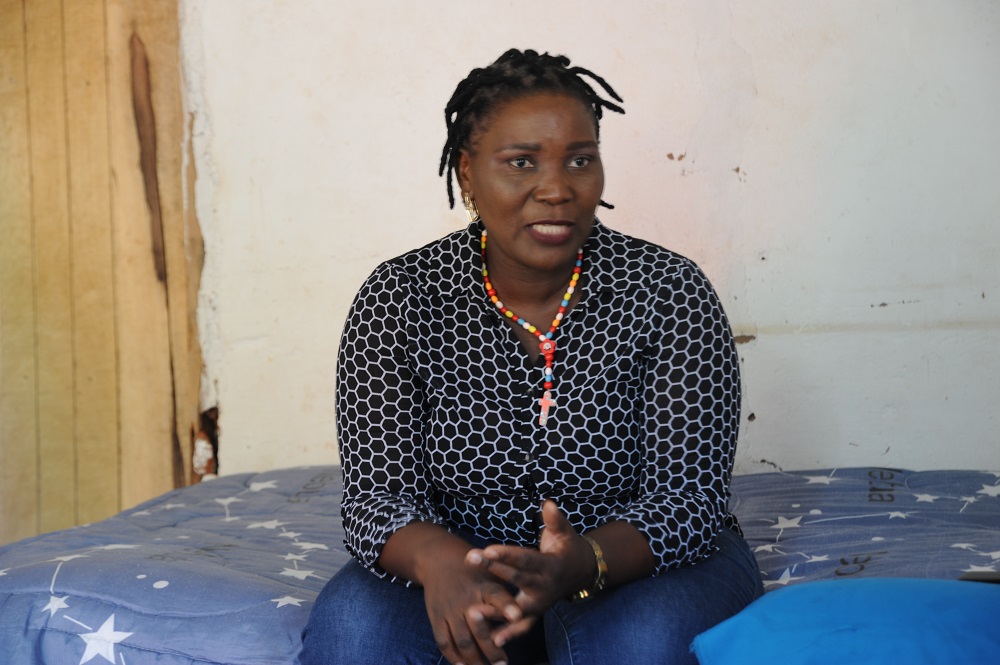 MARTHA Kanyika, aged 44, is saluted by many as a ‘darling’ or a ‘magnet’ of the people in Traditional Authority Mwambo’s area in Zomba.

She has a charming character that exudes rare tenets of confidence, humbleness, and friendliness with people she interacts with.

It is no surprise that Kanyika seems the perfect fit for a job that many women would turn down –that of baring her private life and telling all and sundry that she is HIV-positive.

The private revelation is part of presentations she routinely makes at churches and mosques in her area on why people, especially men and children, should know their sero-status. Such people, she urges, need to respond by going for HIV tests and receiving life-prolonging treatment immediately after they are found to be HIV-positive.

“It is heart-warming to see many people, including couples, volunteering for counselling and first-time HIV testing, with those found to be HIV-positive being referred to the Zomba District Hospital for treatment,” Kanyika enthuses.

She is officially an Expert Client under the Christian Health Association of Malawi (CHAM) under a special programme targeting the men and children in the religious institutions for the HIV-testing and treatment. Wherever she makes a presentation, she is accompanied by a senior workmate, HIV and AIDS Diagnostic Assistant (HAD) Ruth Saidi, who carries HIV conventional and self-testing kits to the targeted churches and mosques.

Men and children are targeted because they tend to ‘duck’ out of routine medical screening that women are routinely subjected to at health institutions, especially when they are pregnant.

“Over the past year, 34 people in my wide operational area tested positive, were counselled and are receiving treatment. Many of them confess that they only come forward for the tests when they heard I was also an HIV-positive person living positively and enjoying good health,” Kanyika states.

There is a long pause before she responds to the questions of how and when she contracted HIV.

“I regrettably discovered that something went wrong among my parents… and I was born with the disease. This was a dark secret my parents –who are now both dead– kept from me; I came to discovering the truth at the tender age of about 11, after going for an HIV test after I questioned why I was being forced to take certain (Anti-Retroviral Therapy) drugs religiously.

“I was initially very angry and depressed over the matter. But I forgave my parents and I am happy to be playing a key role in fighting the pandemic with all my energy and the skills CHAM has taught me,” she says.

Kanyika reveals that her upbringing, showing that a person who is ignorant about his or her sero-status lives in danger of losing life needlessly, drives her to warmly open up to the men and children.

“I spend quality time with the men, telling them how lucky they are that the test facilities actually follow them to their churches or mosques. I also point out how, unlike in the past, HIV-positive people face little or no stigma and how they live long lives as long as they follow the treatment regime faithfully.

“As for children who are HIV-positive, I simply share my testimony about how I have lived virtually all my life taking the (ART) drugs. My sensitivity to their welfare has often led me to facilitating that sickly children –often orphans looked after by poor and very old grandparents– undergo HIV tests and this is how several of them are now receiving the life-saving treatment they need,” she reflects.

Kanyika’s regret is that although she and her HAD colleague worked hard, they could not cover all their wide catchment area in the 18-month pilot project, slated for phasing out on March 31.

“If the project truly phases out, and is not extended, many people in churches and mosques will be unreached. And those who are now receiving treatment may opt out of the treatment, for lack of monitoring, counselling and follow-ups by us CHAM members of staff,” Kanyika laments.

She, however, commends the project for saving many lives and fostering unprecedented unity between Christians and Moslems in the area in the fight against the HIV and AIDS pandemic.

On a personal note, Kanyika is happy that HIV-positive mothers can deliver and raise HIV-free children, thanks to the special drugs provided in Malawi by the United States President’s Plan for Emergency AIDS Relief (PEPFAR). “Although I am HIV-positive, I delivered an HIV-free daughter, thanks to the PEPFAR drugs that shield children from contracting the disease. Such life-saving services need to be accessed by more Malawians and this will be possible when projects like ours are allowed to step up their roles in Malawi’s fight against HIV and AIDS,” she concludes